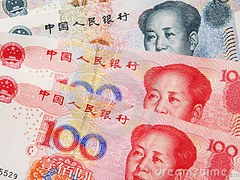 It’s been hailed as a backdoor rate cut, but China’s new loan prime rate is expected to lift corporate borrowing out of the doldrums