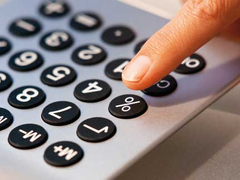 Indonesia’s special hatred of the US dollar

Given its past performance, there is a good chance Indonesia’s govt will force companies to trade in RMB.