The future is getting brighter for EVs. According to the International Energy Agency, policy commitments from major manufacturers will see 137 million electric cars hit the world’s roads by 2030 – a significant jump from the estimate of 16 million at the end of 2021.

Vietnam is playing its part in this market. Vingroup, the country’s largest private conglomerate, is investing heavily in electric mobility through its VinFast unit, one of the country’s first domestic auto brands.

VinFast launched its first petrol-powered models only two years ago but is already transforming itself into an all-electric brand. The company’s first EVs rolled off the assembly line at its Hai Phong plant at the end of last year, and it is planning to cease making internal combustion engine models by the end of this year.

Sustainable finance will play a big role in VinFast’s global ambitions. Vingroup signed its first international green syndicated loan in December 2021 and closed the syndication process in late January 2022, for green projects in accordance with Vingroup’s Sustainable Financing Framework – including the expansion of VinFast.

The transaction received overwhelming response from the market, resulting in the upsize from $400 million to $500 million. BNP Paribas acted as one of mandated lead arrangers and bookrunners for the loan and was one of the joint green finance coordinators.

“We hold in the highest regard the importance of ensuring environmental protection during the design, construction, development and operations of our business,” said Nguyen Viet Quang, Vingroup chief executive officer. “By aligning financing arrangements with our company’s core ESG values, we are setting the foundations for sustainable growth in the years to come.”

Introduced in September 2021, Vingroup’s framework sets out its commitment to building a sustainable business that creates “long-term value for its partners to ensure its continued development in the future”.

Sustainalytics provided a second opinion on the framework, confirming that investments in the eligible categories will lead to positive environmental or social impacts and advance the UN Sustainable Development Goals. 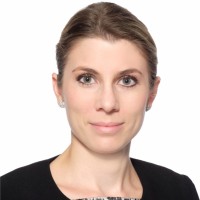 “By aligning its funding with globally accepted principles, Vingroup not only conforms to the best standards for its sustainable financing, but also establishes itself as an attractive prospect for global investors,” said Noemie Peiffer, head of sustainable finance, capital markets group, global banking Asia Pacific at BNP Paribas. “This is a forward-looking decision given the company’s plans to become a major global manufacturer of electric vehicles.”

Vingroup has committed to update investors on the allocation of proceeds and provide relevant impact metrics annually via the company’s website.

Vingroup’s push into the automotive business is a major investment for the real estate giant. VinFast’s manufacturing plant, where it also produces electric scooters for the local market, was designed with sustainability in mind, using natural ventilation and reusing wastewater where possible. It has saved energy costs equivalent to 5% of annual turnover by installing sensors and LED lighting throughout the plant.

The state-of-the-art facility, which covers 335 hectares (1.29 square miles) on Cat Hai Island in northern Vietnam, is also up to 90% automated, an unprecedented feat in Vietnam.

“Embedding sustainability principles will be increasingly important as Vietnam moves up the value chain into more advanced manufacturing,” added Peiffer. “Global consumers are increasingly demanding higher standards and greater accountability, and Vingroup is well placed to capture new opportunities as the world increases its focus on decarbonisation.”

Cash management remains a priority amid uncertainty for ASEAN SMEs Cash management remains a priority amid uncertainty for ASEAN SMEs Change, commit and collaborate: How E.SUN Bank is driving the sustainability ...