Finance teams open to digitally-led innovation and collaboration will be well-placed to benefit from disruptive forces in the cross-border payments landscape over the coming years, says Phil Carmalt, executive director and head of cash management product at DBS in Hong Kong. Being digitally ready is an increasingly important competitive advantage for corporates in all sectors – and Hong Kong’s treasurers are leading the charge among their peers in Asia Pacific.

After interviewing over 1,500 treasurers from the Top 100 corporates and middle-market companies in the region, research from DBS in conjunction with East & Partners found Hong Kong to be at a much more advanced digital state; 45% of treasurers say they have a clearly-defined digital strategy, compared with 35% for the rest of Asia. They are also further ahead than their counterparts in resourcing the delivery of their strategy (21% versus 17%).

A key driver of this digital success is the openness of Hong Kong treasurers to innovate and collaborate. For example, they show agility in changing work-flows and directions, as well as in enabling employees to work creatively, and across functions and teams.

This mindset makes them more likely to embrace innovations that have led to new payment rails such as real-time cross-border initiatives and central bank digital currencies (CBDCs).

Market research has shown that such disruptions have the potential to create $100 billion in efficiency savings for global corporates when transacting across borders. This will come from addressing shortcomings such as slow processing times, unexpected delays and rejections, and issues to do with high and opaque cost structures. 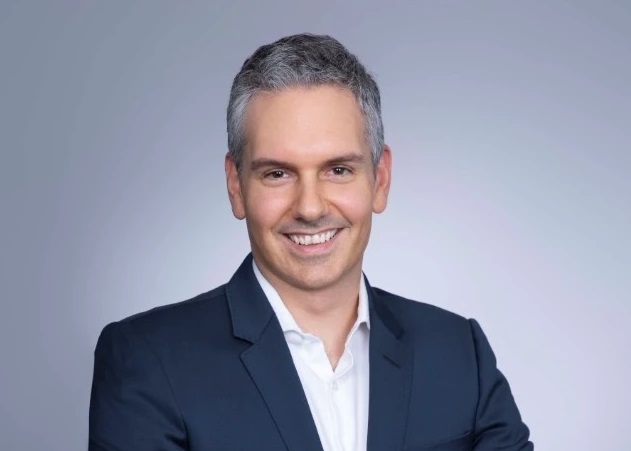 “Initiatives are underway to connect the existing domestic payment rails to cross-border payments,” said Carmalt. “This is one of the innovations set to transform the treasury experience.”

Singapore and Thailand already went live in 2021 with an arrangement for Merchant QR payments. This allows tourists from Singapore to scan and pay at a merchant in Thailand using their regular banking app, and vice versa. It also enables peer-to-peer (P2P) remittances. A similar project is underway in Hong Kong, using the Faster Payment System (FPS) in Thailand, with the aim to launch some time in 2023.

Among the key benefits of QR payments for tourists are lower foreign exchange costs as a result of them not requiring a credit card. Plus, it is more convenient for travellers to carry less physical cash. Further, it facilitates more cross-border e-commerce and P2P remittances.

These are just initial steps and early days. There is no global network yet, in turn requiring arrangements to be implemented corridor-by-corridor. Also, they are typically for low-value retail payments rather than for wholesale.

Yet new cross-border payment rails will foster industry changing over the next five years. “It’s an exciting time for CFOs and treasurers,” said Carmalt. “There will be new payment methods to try out with the promises of solving many of their problems, bringing efficiencies and cost savings. On the other hand, the new methods will initially be applicable only for a small fraction of their flows.”

The benefits of being an early adopter, he explained, is the ability to influence and shape the industry developments, which could create a competitive advantage.

A compelling case for digital currency

Amid their focus on being at the forefront of digital trends, a growing number of corporates are also eyeing the benefits of digital currencies.

This is an area in which the DBS Hong Kong business has strong recent experience, having recently proposed a use case to the Hong Kong Monetary Authority (HKMA) for its multiple CBDC (mCBDC) platform, called ‘Project mBridge’.

The purpose of Project mBridge was to develop a protocol and platform to initially allow jurisdictions including Hong Kong, Thailand, Mainland China and the United Arab Emirates to exchange their digital currencies in a cross-border context. The platform would be built on blockchain technology and be scalable to allow more countries and jurisdictions to join at later stages.

One of the use cases brought up by DBS was on cross-boundary insurance payments between Greater Bay Area cities in mainland China and the Special Administrative Regions of Hong Kong & Macau. 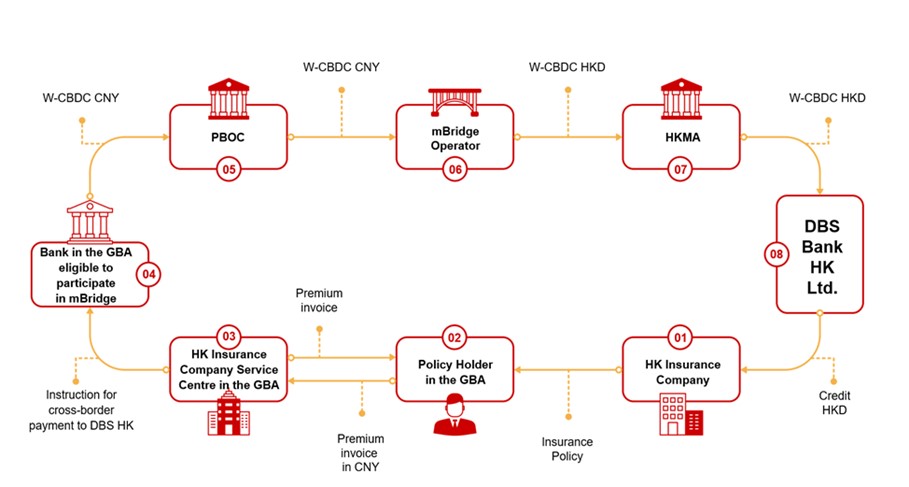 By building the mBridge platform on blockchain technology, the transactions can be pre-validated before being settled instantly on a 24/7 basis. This effectively eliminates the transaction costs incurred by delayed or returned payments which could be due to incomplete or incorrect account information, correspondent bank charges and floats of holidays.

In addition to blockchain, API is an essential component in this proposed use case. This can fully automate processes such as service centres initiating payment instructions, as well as insurance companies receiving credit notifications of funds and reconciliation files.

This, in turn would further improve end-to-end transaction efficiency. In fact, the mBridge platform also uses APIs for enabling banks and exchanges to run and interact with nodes on the ledger. For example, there would be APIs for viewing board rates, requesting FX quotes from other participants on the platform, as well as transferring funds to other participants on the platform.

At the forefront of change

This use case reflects the broader digital transformation journey. “I think we are on the cusp of a real breakthrough, for three reasons,” said Carmalt. “Firstly, whereas cryptocurrencies and stablecoins have struggled to get regulatory acceptance from major markets like China and India, CBDCs obviously have the regulatory backing. Secondly, commercial banks will support given the strong regulatory push, the interest from customers and potential to bring efficiencies. And thirdly, there is wide interest from the public as well as corporates.”

This tech company, whose name in Latin means ‘to distribute and share’, is an open platform that provides 24x7 multi-currency clearing and settlement capabilities, with programmable money and global interoperability.

"It is primarily for commercial bank money ‘Digital Fiat’, though it will be interoperable with CBDCs," explained Carmalt. "It does not use SWIFT rails and its reduced cost structure may make other use cases like microtransactions on the metaverse, which would not be feasible using today’s TT rails, viable in future."

Currently undergoing a pilot, there are plans for commercial launch soon. The first use case, he said, is for US dollar clearing in Singapore, since Singapore lacks US dollar real-time gross settlement, unlike Hong Kong.

Ultimately, instead of waiting to be disintermediated, the focus is on reimagining transaction banking to create an integrated ecosystem for clients by exploiting the power of technology while staying intimately connected to clients’ journeys. Interview with Swift on CBDCs and payment innovations