Treasury practice: How to become a strategic corporate treasurer 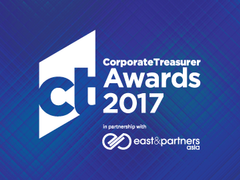 Corporate Treasurer proudly announces the winners of its 2017 awards for Asia’s Best Treasury and Finance Strategies.