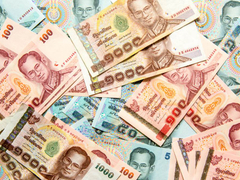 Who wants to be a treasury centre hub?

As Asia-Pacific's great cities compete to offer treasury incentives, government engagement might win some favour for your company.