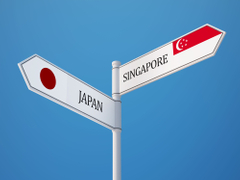 Financial organisations have voiced concerns about proposed changes to Basel III, including changing the way notional pooling is treated, and treasurers are rightly concerned.