How to build your in-house bank, the Regus way

From top-level bank support, to increased risk, cash, and debt management, Regus' IHB is key to its exponential growth. Liao Ping, ZTE's director of international financing, keys in on receivables financing and how she uses trade to cut the best deals. David Vermylen, global credit manager of BP Chemicals, on his BPO deals and on what he expects from E-document presentation in 2013. Mahendran Kappupial, FD of GAB, on Heineken’s takeover of Tiger Beer, and how to contain Malaysian customs and excise. 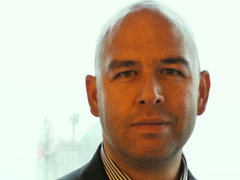 HSBC has hired Bhriguraj Singh as its head of product management for global trade and receivables finance Asia Pacific, a new role for the British-headquartered bank.