Tale of two Chinas: Is this the best of times or the worst for corporates?

Companies in China are more confident than they’ve been for five years, according to the latest survey. But going forward, will the picture always remain this rosy? China's regulator will no longer prop up its currency using the so-called "counter-cyclical" factor after it hit 6.5 to the dollar. Treasurers may now have to change their assumptions. A top fund's tips: how to keep a cool hedging head

It’s said the secret to a good relationship is never having an opinion – and it seems the same applies to hedging. One of Hong Kong’s most successful funds tells CT how to get hedging right. $14 trillion in missing debt: is it time for an accounting change?

With an estimated $14 trillion in debt lurking off non-bank balance sheets, is it time to put FX-related debt back onto balance sheets? Corporates are likely to disagree. 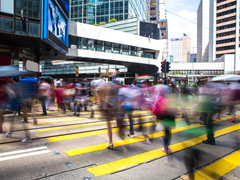 How DFS used Hawaii to ride the WeChat Pay wave