Ten banks have entered a pilot programme of Cips phase II, which will allow 24-hour operation and net flow clearance. 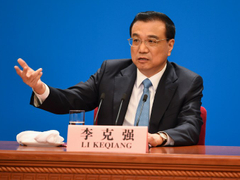 Peer into your peer: How GSK forecasts the cost of regulatory change

It’s annual report time and companies like the British pharma giant are setting out the multimillion-dollar impact business events such as Brexit could have. After the city's securities watchdog steps in to stop an initial coin offering, corporates seeking to tap this funding source face a regulatory minefield. CT tries to map a way through. 'Bad for our strategy' – treasurers hit out at HK's Beps plan

Hong Kong's draft rules on base erosion and profit shifting – perhaps the biggest shake-up of the corporate tax system since the 1940s – go too far, according to businesses in the city. Chinese President Xi Jinping appoints US-trained economist to helm the People's Bank of China in a move seen as favourable for market reforms. ADR challenge: China to claw back investment with CDRs

New economy corporations like Baidu, Ctrip and JD.com are all listed in the US through ADRs, but now they are on a list of potential CDRs.