Be prepared: Libor could vanish in 3 years, central banker warns

With the world's key interest rate benchmark set to disappear as soon as 2021, those expecting an easy transition risk a rude awakening, a top Australian official says. Australia to crack down on multinational tax avoidance

With as many as 700 companies – including multinationals – paying no Australian tax at the end of 2017, the government announces tighter laws around foreign trusts. Proposed legislation would make it an offence to fail to prevent the bribery of a foreign official – even if they’re just a candidate for public office. Regulators are placing increasing importance on codes of conduct. While compliance might not be strictly essential, your licence to trade could hinge on it in future. Visa Roundtable: How to gain cash control with P2P process

This Visa/Corporate Treasurer roundtable drills down on corporate cash management behaviour, the problems of forecasting and how to relieve supplier payment bottlenecks 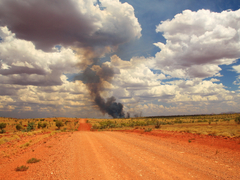 Regulators in Australia are pushing hard for corporate disclosure of climate-related financial risks. Cybersecurity and blockchain are also high priorities.