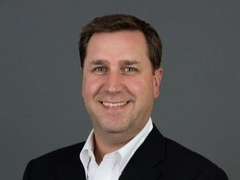 Why GTreasury chose now to acquire the netting kings at Coprocess

Intercompany netting has been a part of the accelerated treasury digitisation story in the wake of Covid-19. GTreasury’s Renaat Ver Eecke spoke with CT about why the time was ripe to acquire Coprocess.

Blockchain blues: Are you at risk of drowning in a silo?

No man is an island, or so the saying goes. However, despite the promise of distributed ledger technology, is there a risk of trapping your operation in a silo? Treasury practice: How insurers are dipping their toes into digital payments

The growing ubiquity of alternative payment methods has led some insurers to explore unconventional ways to transfer money. One treasurer explains how her company went about it Not all treasurers are sold on the new concept, but those keen to know more need to learn about how APIs operate.