Both China and Hong Kong are attempting to tackle businesses that have deliberately mis-invoiced goods traded across the border to sneak money offshore. Cyberfraud: Who takes the hit if money is stolen?

Amid reports of cyberattacks designed to hack the user end of a Swift software interface, CT checks where risk and accountability align for firms in the event of cyberfraud. 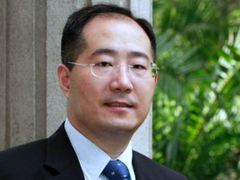 Carlisle: How we freed up 50% liquidity in China

US-headquartered Carlisle needed to manage its excess cash in China. Its CFO for Asia-Pacific tells CT how this was done. German lighting producer Osram has been given the “green light” by the PBoC to expand its China pooling structure nationwide. It is working with Deutsche Bank on the upgrade. Treasurers: Give us an integrated platform for EVERYTHING

Surveys reveal treasurers are longing for an integrated platform for clearer visibility of liquidity and the ability to directly execute payments. How IKEA and Intertek have puzzled out the RMB

With the increasing liberalisation of renminbi, corporates such as IKEA are using it for trade settlement, treasury currency, as well as an investment instrument.