With a simple tweak to its deposit management, the Indian FMCG has potentially added almost $40,000 to the bottom line. How Marico shaved 750 hours a year off distributor remittance

With virtual accounts, the Indian FMCG has automated a key aspect of its payments process to distributors. Time saved is equivalent to three hours a day. Most airlines hedge fuel expenses. This time, Cathay Pacific failed to predict oil would stay cheap. It is not alone in making this call ... and it wasn't necessarily wrong. The conglomerate’s Asia-Pacific business is working with UOB to kill payment times for key SME suppliers in Singapore while maintaining its own working capital cycle. 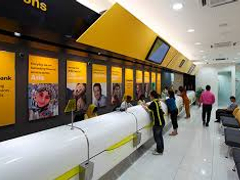 Finance director at Diageo steps down