Service aims to replace a tedious and costly confirmation process, and lender expects it to allow for quicker bounce-back from the pandemic. Yang will in December succeed Eric Raynaud, who is retiring after a more than 40-year career in banking, including more than half that time in Asia. Time taken for cross-border trade payments to be cut to minutes from days under the programme. Pilot could go nationwide in due course, banker says Central bank has developed offsite monitoring system for payment settlements and will continue to support SupTech’s adoption, according to its deputy governor. Banks join 12 others to co-develop trade registry proof-of-concept in move supported by Singapore government and endorsed by lenders’ association. 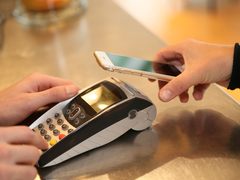 Business-to-business payments, which have much higher value on average than consumer payments, will account for 89% of global transaction values, Juniper Research says